May 13, 2015 Banks going after HOA Foreclosures

Many banks are unwilling to accept the Nevada Supreme Court ruling that Homeowners Associations’ Super-priority Liens are prior to first deeds of trust and that the foreclosure of the Associations lien extinguishes the bank’s deed of trust and all other junior liens. The banks are now filing law suits against the associations that have foreclosed on their liens, as well as the collection agencies or title companies that have conducted the foreclosure sales. The banks are even suing the purchasers of the properties, claiming that the foreclosure sales themselves are improper or otherwise unconstitutional.

SALES PRICE: The banks are also challenging the amount paid for the property at the foreclosure sale. They argue that the foreclosure sales are not being conducted in a “commercially reasonable” manner. These arguments are made despite the fact that the foreclosure statutes do not require commercial reasonableness. Further, the foreclosure sales are conducted as public auctions, with the property being sold to the highest bidder. The fact that the banks failed to attend the public auction and protect their own interest seems to have escaped the banks. So, instead they have resorted to filing law suits claiming the association should have obtained a better price than the highest bid and that the association had a duty to protect the bank’s interests, even though no duty exists.

While these arguments have been rejected by a majority of the district court judges, there have been a few judges that have agreed with the bank’s arguments. These few decisions have emboldened the banks and many associations and their agents, along with the purchasers of the properties are finding themselves defending law suits.

The Wright Law Group, P.C. is very familiar with the statutes and the issues relating to homeowner association foreclosure sales. We have litigated dozens of these cases and are uniquely qualified to assist you. If you are a homeowners association that has foreclosed on your assessment lien or if you purchased a property at an association foreclosure sale and a bank or other institution has brought suit against you we can assist you. With over 20 years of experience in litigation and as an AV rated law firm, The Wright Law Group, P.C. is well equipped to provide you with professional and knowledgeable legal help. Please call us at 702-405-0001 to schedule a consultation. 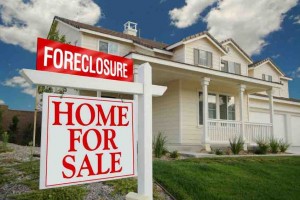 Many Banks Are Ignoring the Nevada Supreme Court Decision on[...]

Type and press Enter to search